With weddings becoming more modern, and more and more brides shying away from traditional and often old fashioned choices, we are beginning to question why we have certain expectations of what should and should not be done, or worn, or eaten on your wedding day. Today we are going to unveil the truth about your wedding veil, how it originated, how it’s transformed over the years, and why you should and shouldn’t consider wearing one for your big day. 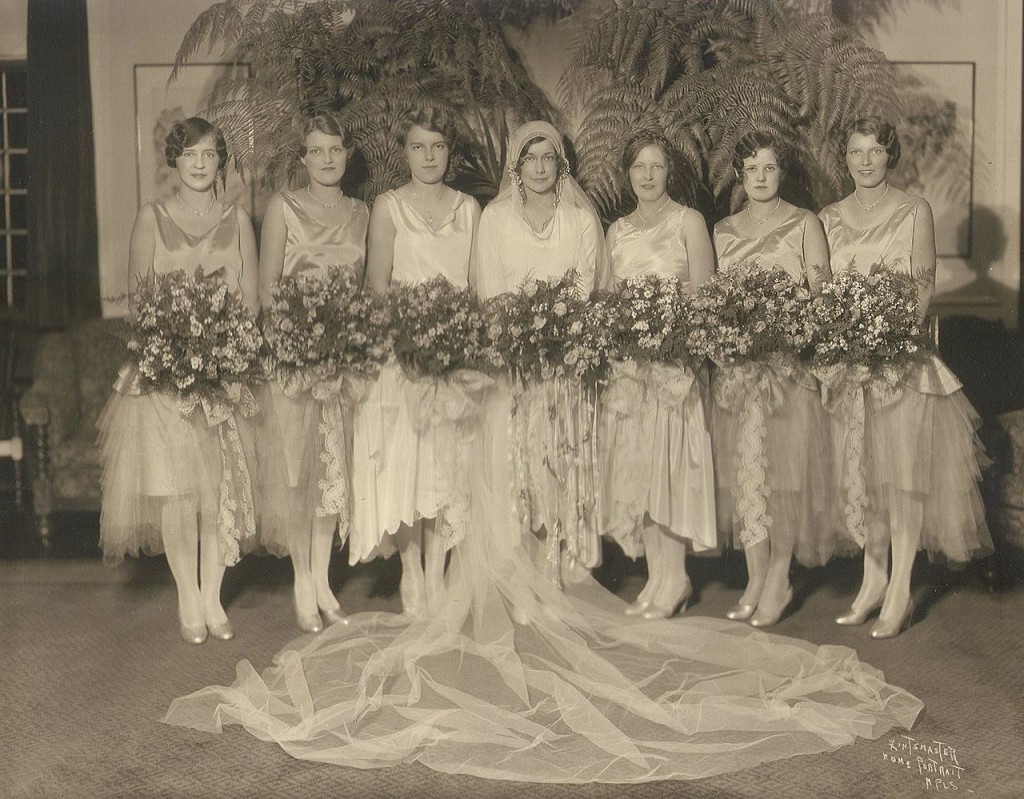 Let’s start at the very beginning, with a rather morbid history of wedding veils. Back in the very superstitious Roman times, demons were apparently out to steal brides on their big day. So in order to confuse the demons and camouflage the brides, they were cloaked in a bright red veil to distract them. The bright red flammeum also made the bride look like she was on fire, scaring the demon off. (Although to be honest I always thought demons lived in massive fire pits, so surely a flaming bride would be even more of a guaranteed “Swipe Right”?)

Another reason brides wore veils and bustles (those massive poufy collections of fabric at their rear) was quite simply to weigh them down. Think your dress was heavy? Think again! These poor women had extra weighted fabric draped all over their faces, heads, backs and legs to purposely slow them down in case they tried to run away! It seems this was a real risk, considering most brides knew nothing about their groom until they met him at the altar. Luckily most women back then were rather fit, so I’m sure some would have managed the 100m dash even with the extra weight holding them down. 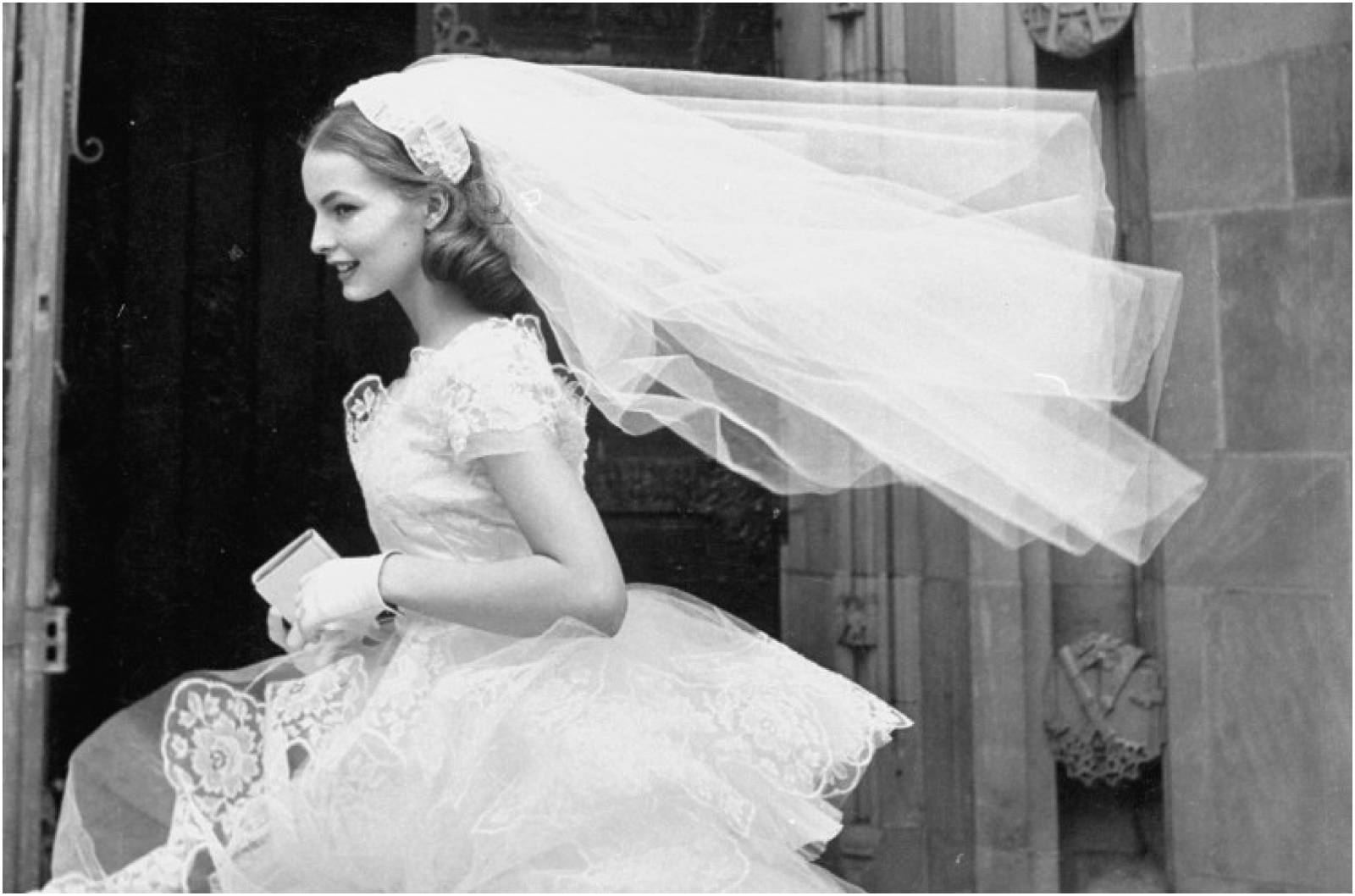 But what if he thinks I’m ugly?

We all have that fear when meeting a new guy. Unfortunately back in history there were no dermatologists or plastic surgeons to help pretty up the girls who were more unfortunate looking. So these brides had their faces covered so that the groom only knew he was marrying Quasimodo after the vows were said and the deal signed, so to speak. Divorce was not even invented back then, so the poor groom was stuck with the ugly bride, and the father of the bride heaved a huge sigh of relief that she was handed over to someone else to take care of.

Like a virgin, veiled for the very last time

Most of us know the association with a white dress being a symbol of virginity and purity, but did you know that the veil is also known to represent the hymen? Pretty gross, right? A thin white veil indicated that the bride had passed the virginity test and remained “intact” for her groom. As the groom lifts the veil, he is symbolically claiming her virginity, letting the crowd know that she is now spiritually impure and ensuring no other man would want her.

A present, for me?

Fathers giving away their daughters is such a sweet, loving idea. Daddy raised her, supported her, loved and nurtured and provided for her all these years, and now he’s handing the responsibility over to her new husband. However back then it was more about ownership and possession than a sweet, romantic notion. The father of the bride covered his daughters face at the last minute, before she walked down to see her groom, kind of like wrapping up a present. When the groom lifted the veil, he was essentially unwrapping his gift, and taking ownership. (I wonder how many brides realised that while the veil was down they technically didn’t belong to anyone, and made a run for it?)

Nowadays, there is far less emphasis placed on the meaning and symbolism of a veil. Many brides choose to wear one simply because they found one that was pretty, or the dress maker threw a veil in for free. Some religions still expect a woman to wear a veil because women may not have their head uncovered in church at any time, and a veil looks far better with a wedding dress than a hat! Brides getting married outdoors often forgo the veil because there is nothing fun about a piece of fabric whipping you in the face as it blows in the wind. Ouch. It can also be blowing around so much that it blocks the photographers view and the couple end up with 100 ceremony photos of the veil. Some brides have elaborate necklines on their dress and feel a veil would distract from the wow factor, while others have a dress designed specifically to match their veil.
The wonderful thing about living in this century is that literally, ANYTHING goes when it comes to weddings. Whether a bride wears a veil clipped back decoratively the entire time, chooses to cover her face and have that moment when her father lifts it for her groom, wears a veil to the ceremony and removes it for the reception, or goes without one altogether, weddings are less about demons, superstitions, purity and ownership and much more about love, marriage, commitment and a beautiful day for the bride and groom. Your wedding day is about YOU. So choose to unveil yourself to your groom in all your bridal glory, whichever way you damn well please! (And if you are a little uncertain about your choice of husband, go without a veil so your escape is that much easier.)

One thought on “Unveiling the Bride”