For the bridal couple | Customary Marriages and Civil Unions

For the bridal couple | Customary Marriages and Civil Unions 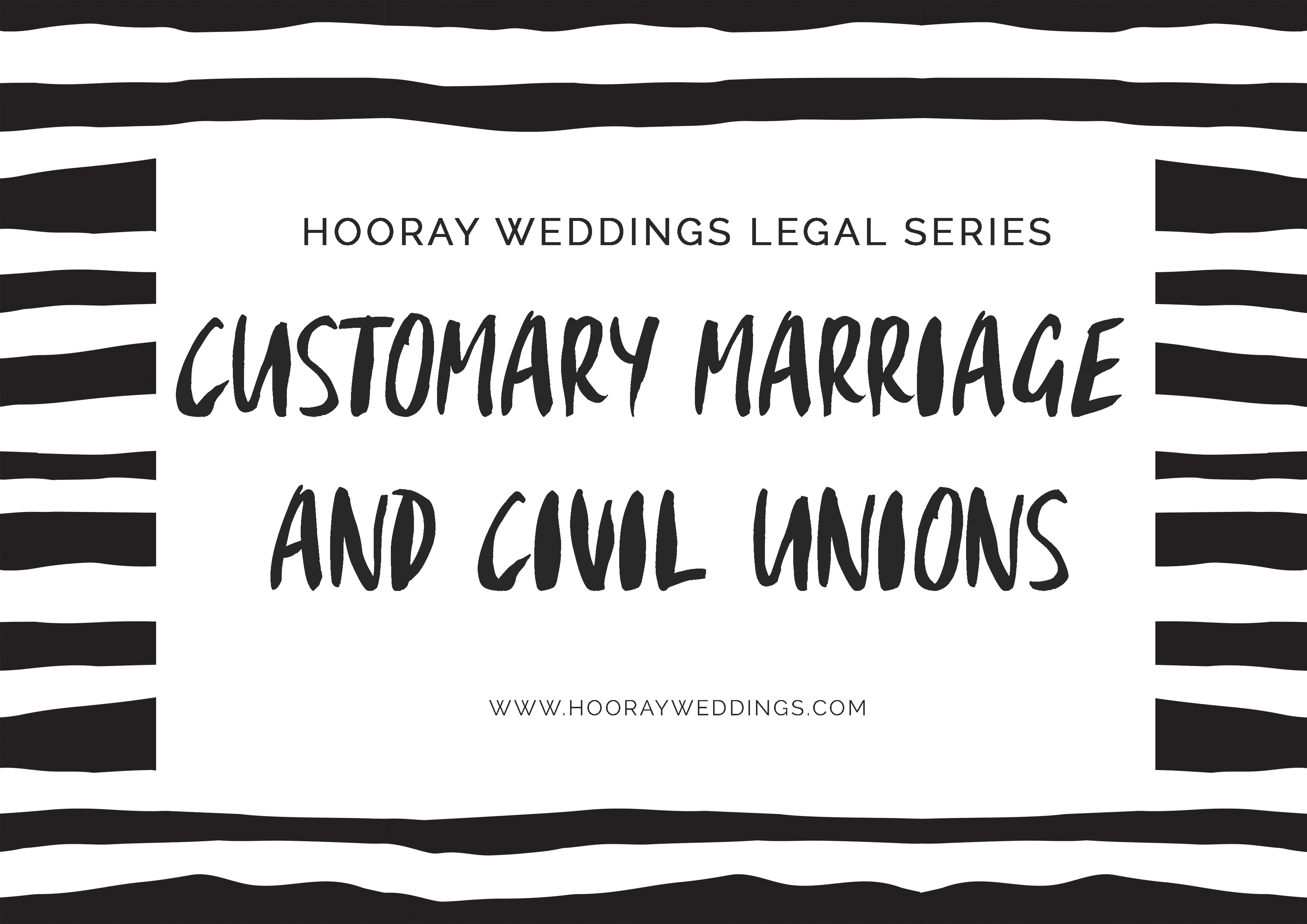 So, we’ve chatted about marriage requirements, matrimonial property regimes (what happens to your money once you’re married) and the myth of common law marriage. What else could we possibly have to tell you about the legalities of getting hitched??

Yes, yes, there is definitely more to tell! 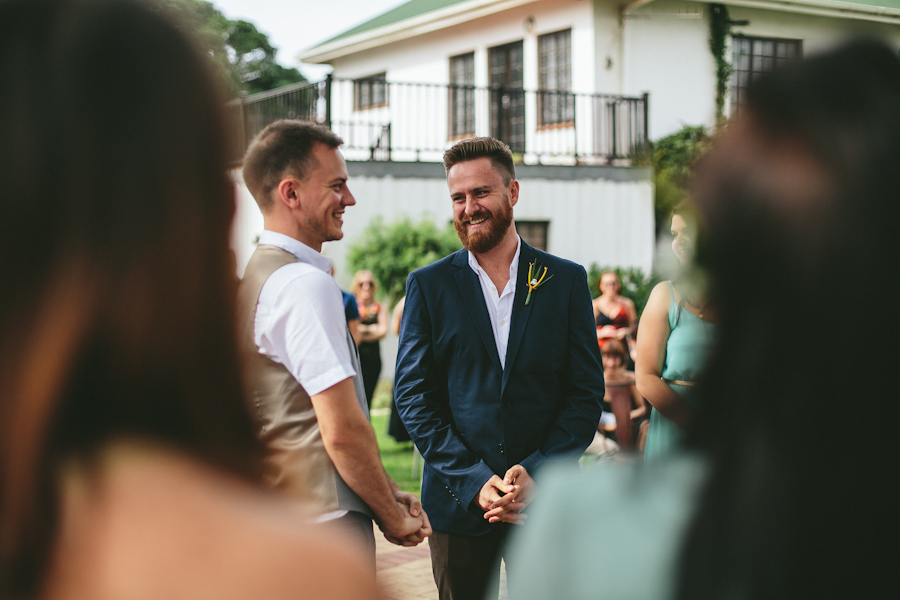 In South Africa there are a few possible ways to get married.

What exactly is a customary marriage?

What are the requirements for a customary marriage?

Similarly to a civil marriage, if a minor wants to get married consent from parents, guardian, Commissioner of Child Welfare or a judge of the High Court (depending on the circumstances) is required.

There is no restriction on the number of customary marriages a man may enter into. All that is required is that he obtains an order of court which will regulate his future matrimonial property system (see our recent article on Ante-nuptial Contracts and Matrimonial Property Regimes in South Africa if you’d like some light shed on this topic).

Customary marriages need to be registered within 3 months of the marriage taking place and the following people should be present: 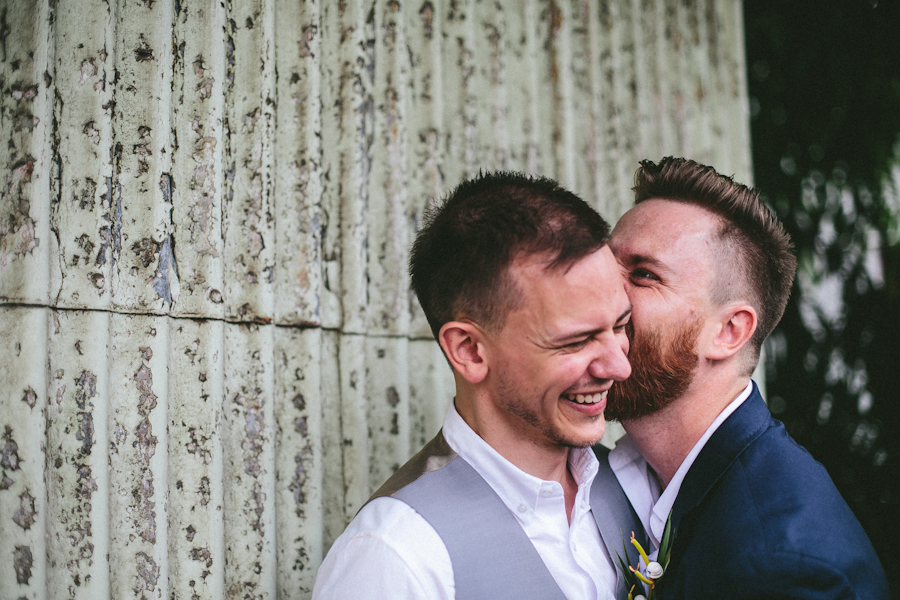 What exactly is a civil union?

A civil union is similar to marriage under the Marriage Act but it is available to both homosexual and heterosexual couples. It allows same-sex partners all of the same rights and obligations that fall to spouses in a traditional marriage. You can read more about civil unions (in terms of both same-sex marriages and an alternative known as a civil partnership) in an older Hooray post here: https://hoorayweddings.com/guest-post-same-sex-marriage-in-sa

Also see more of the real wedding that we’ve pulled the images for this post from here.

We hope you’ve enjoyed our legal series. Let us know if you have any questions! We’d love to answer them! 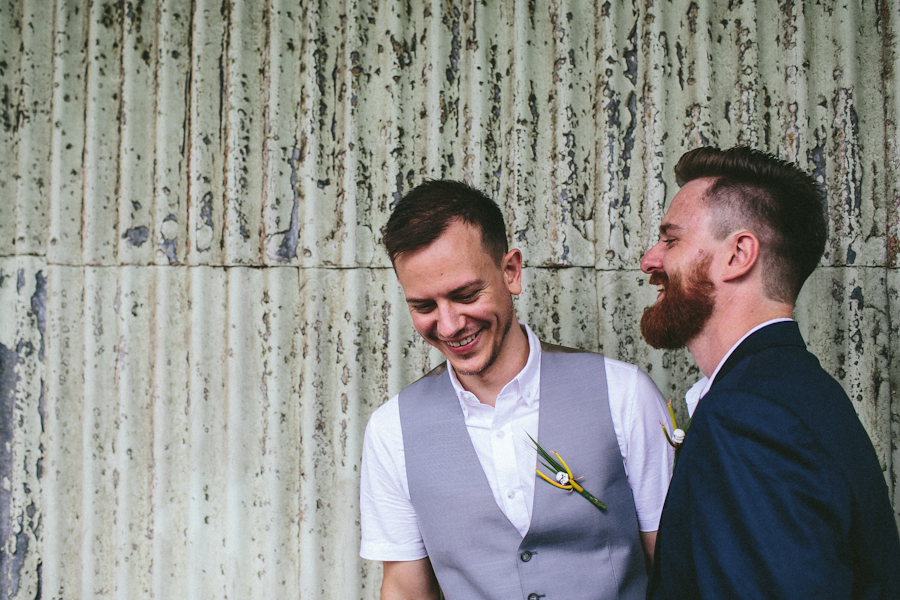